2015 has been a super busy year for the desireland team. We have had our heads down designing and devising a 10 year strategy for the Lifeline and how this will play out in our activities for the coming months and years. This autumn we are very excited to launch the first of these of new ventures:

In partnership with Dublin City Council, we will launch the Lifeline Project Bí Outdoor Classroom in Broadstone Park which contains the first Honeybee Apiary situated in a Dublin City Council public space, in October we will harvest our first crop of the KING SITRIC, a new naturally blight resistant potato variety cultivated right here in Stoneybatter, an output of SPUDS, the sustainable potatoes united development study and on November 13th &14th we will host our first international Action Science Workshop, Bí URBAN, in DIT Grangegorman.

To set our project activity against the broader picture of our delicate and priceless environment, we are hosting a screening of the beautiful film: The Symphony of the Soil in the Light House cinema in Dublin on October 10th. The director, Deborah Koons Garcia will be present to take part in a post screening discussion, a conversation that is particularly relevant as Teagasc are on the cusp of launching their National Nutrient Management Planning System which will support up to 50,000 farmers in planning the long-term development of their soil. According to Teagasc research only 11% of our Irish agricultural soil is of ‘optimum’ quality and this figure is rapidly decreasing. 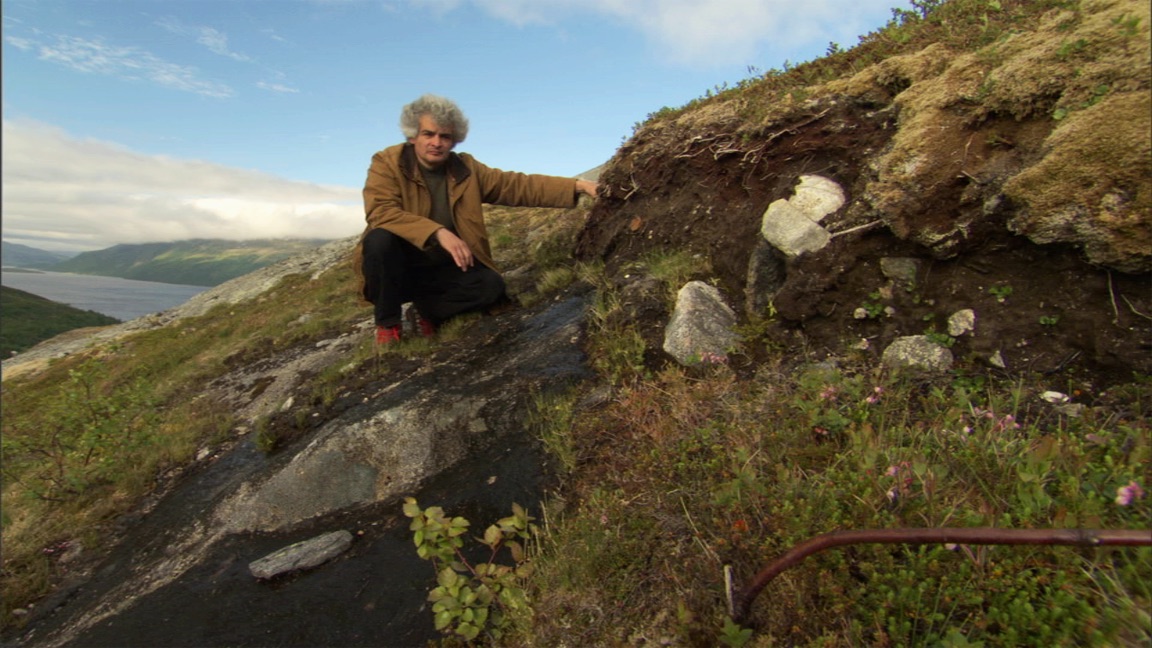 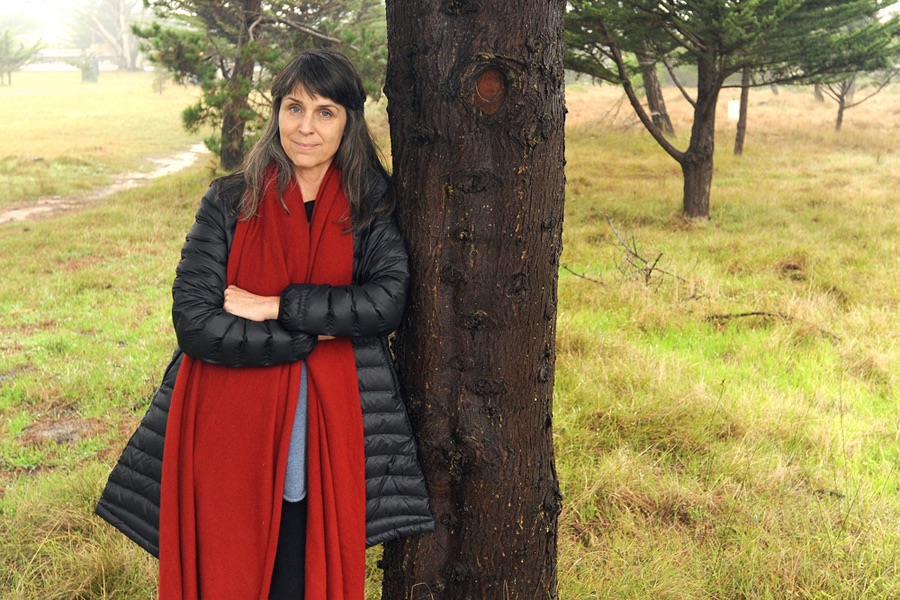 We sincerely hope you will join us, adding your voice to a diverse audience of individuals from every walk of life, in a discussion that will explore the importance of soil quality to the future of Irish food production. To stimulate your appetite for conversation, we have invited a selection of artisans to provide sustainably produced and sourced refreshments after the film. This will include the First ever tasting of our very own King Sitric SPUDS! 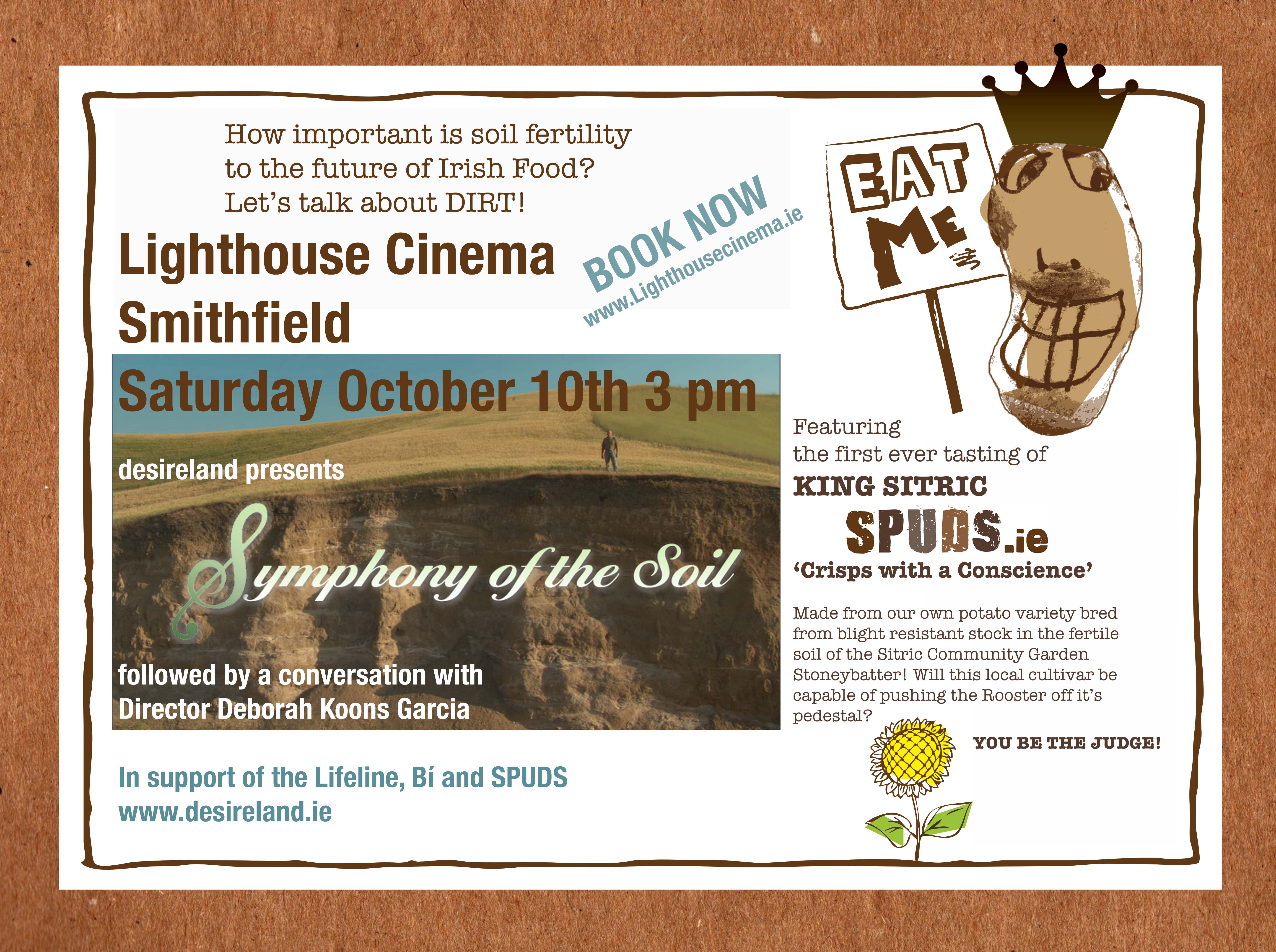 The 104-minute documentary feature film uses a captivating mix of art and science to show that soil is a complex living organism, the foundation of life on earth. Filmed on four continents and sharing the voices of some of the world’s most esteemed soil scientists, farmers and activists, the film portrays soil as a protagonist of our planetary story. Yet most people are soil-blind and “treat soil like dirt.”
Through the knowledge and wisdom revealed in this film, we can come to respect, even revere, this miraculous substance, and appreciate that treating the soil right can help solve some of our most pressing environmental problems.

It would be wonderful if you could spread the word about our screening. If you are not in the Dublin Area and would like to see the film it is also being shown at the Ballymaloe Grainstore on October 8th

What critics are saying about Symphony of the Soil:

The New York Times
Hitting Pay Dirt, ‘Symphony of the Soil,’ a Salute to What Feeds Us

Washington Post
“This film raises the bar.  It makes you care about our Earth’s precious skin, so rare among planets.” – Washington Post

Civil Eats
“True to its title, the film really makes a symphony of soil…”

San Francisco Chronicle
“Re-envisioning soil as an essential yet underappreciated resource that sustains many forms of life, including the crops that feed us.” 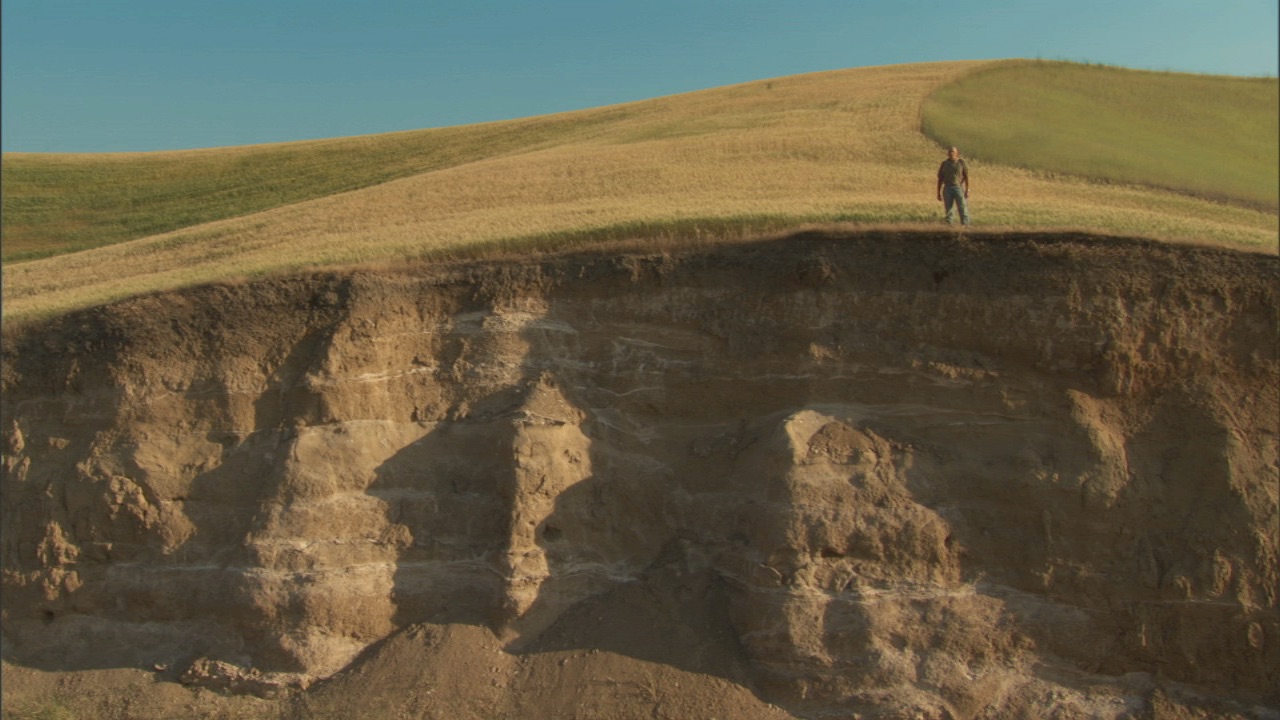 desireland would like to thank it’s 2015 sponsors for supporting our long-term ambition to connect nature, people and place to find simple solutions to complex problems in Dublin’s Northwest Inner City. 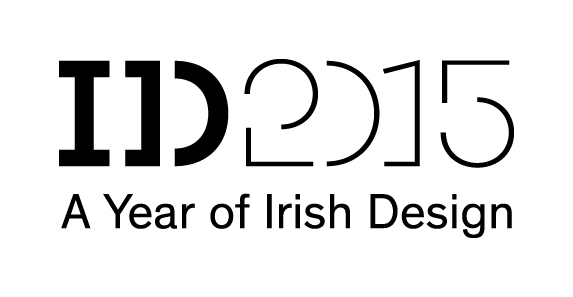 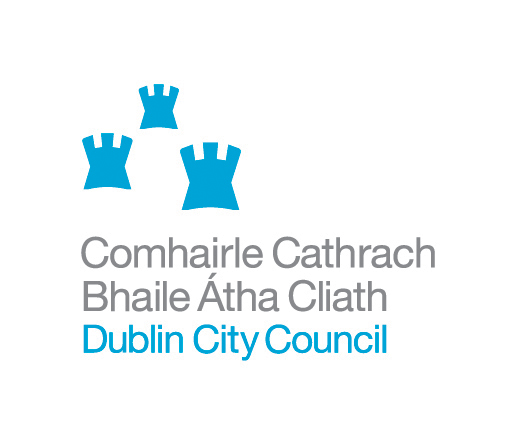