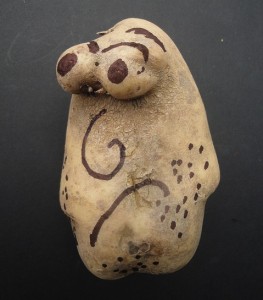 Many renowned Irish food producers believe that “Ireland’s island nature provides us with a unique opportunity to stay GM free and capitalize on the growing market for pure wholesome food that people can really trust” (Darina Allen). SPUDS was launched in 2012 as proactive response to the decision to trial genetically modified (GM) blight resistant potatoes in Ireland. We aim to prove that Ireland will generate higher levels of innovation and employment by concentrating our research energy on the development of a food system that promotes lean production, enhanced nutrition and environmental health.

Here are some of the reasons why I believe we need community based action research to explore this issue:

The long-term impact of GM techniques or products has not been examined. This is as true for ‘cisgenic’ as it is for ‘transgenic’ GM  technologies.

GM technology has been designed to support the industrial agricultural model which features monoculture, a model unsuited to the Irish Landscape which features small holdings: 139,900 Family farms with an average of 32.7 hectares per holding. (Bord Bia 2013). Are we conducting this research for the benefit of Ireland or other EU countries better resourced to benefit. Is this research purely driven by funding availability?

Ireland has developed a reputation for high quality, wholesome, safe food. Our agri-food sector is experiencing the highest growth of any in our economy. The Introduction of GM has the potential to contaminate this reputation. Why take this risk when only 27% of the European market shows interest in purchasing GM product?

The Jury is still out

Proponents of GM use emotive arguments to promote our need for the technology: we need GM to boost global food production and feed the world, GM technologies will diminish chemical dependence and lead to more sustainable agriculture, increasingly voracious strains of blight are moving across Europe and we are in danger of another famine. But GM crops have yet to perform as promised in the developing nations where they are being trailed, often leading to social and financial crisis amongst small holders and their communities, who feed 80% of the world population. Weeds and pests are naturally adapting to the chemicals used in tandem with GM crops creating increased chemical dependence in areas of the US and South America where there is the longest history of widespread GM crop cultivation. Ireland prides itself on the work it conducts in Africa and other developing nations and has an ethical responsibility to promote robust agricultural solutions that build community capacity and independence.

As a relatively untouched fertile island, with extensive access to the sea and this untapped potential, Ireland should devote its research energy and resources to the most important subjects of the future: soil fertility, water quality and nutrition. GM research diverts our attention/focus from this crucial and highly complex task. An example: During the oil crisis in the 70s we had come a long way in the development of photovoltaics and other renewable energy technologies. As soon as North Sea oil was discovered funding for this work dried up. If we had continued prioritizing this research our renewable energy production would have reached an advanced stage today.

When facing the challenges of disease there are many viable alternatives that don’t get the media attention lavished on GM, the recently released US study: ‘Increasing Cropping System Diversity Balances Productivity, Profitability and Environmental Health,’ being an obvious example. The potato has one of the most diverse gene pools of any food plant in the world. Several naturally blight resistant potato varieties have been grown in Ireland for years with great success and many more exist that should be trialled here. Some of these varieties have many other beneficial qualities in addition to blight resistance which have the potential to significantly lower our carbon footprint (resistance to viruses,  weed suppressant foliage, drought resistance and the ability to store at higher temperatures). Although GM research attracts significant levels of funding, the research organizations developing these naturally blight resistant varieties struggle for financial survival. Ireland is in a unique position to act as a control in the GM research process and lead in the development of promising, and often well established techniques, that lack media limelight and are subsequently neglected by investors.

The Aarhus Convention has given us the right, as Europeans, to information and participation in any decision that will impact on the health of our environment and justice if this is not provided. I believe the decision to cultivate GM crops in Ireland is a public one. So far, our right to clearly presented information in lay language (describing both sides of the debate within the Irish context) and the opportunity to fully engage in the decision making process, have not been met. 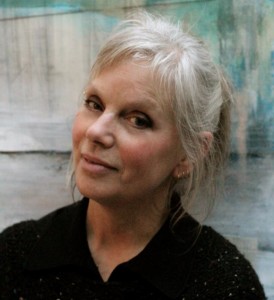